I am a Women’s Health PT and a Hypopressives Master Trainer. I started teaching Hypopressive Exercise and the techniques in The Reset out of sheer neccessity.

After the birth of my first child, I had severe pelvic organ prolapse, diastasis recti and chronic back pain. I tried every treatment under the sun and visited every expert, but nothing helped. Finally, I discovered Hypopressive Exercise and completely reversed all my symptoms! That’s when I knew – this was something women all over the world needed to know about – and I made it my mission to share this knowledge and these powerful techniques with every woman who needs them. 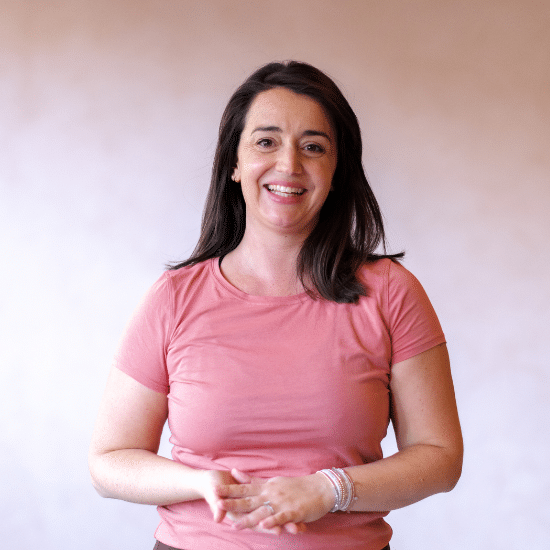 My story begins during my first pregnancy 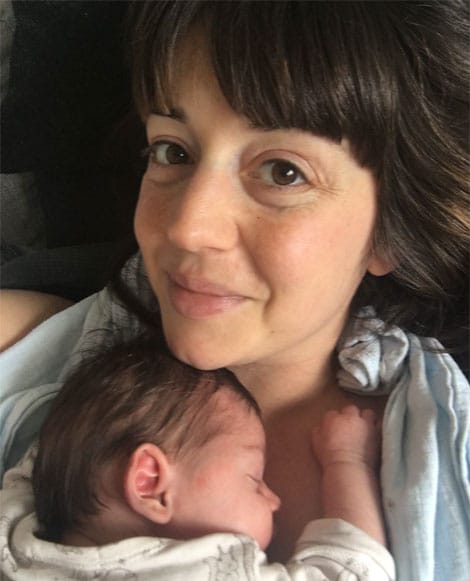 My first pregnancy went by without any real issues besides nausea and some very light aches and pains. It felt right to plan for a natural birth, but other than that I hadn’t given birth or postpartum that much thought, as I felt like I was in good hands with my midwives. My mind was set on an unmedicated birth, preferably in water.

I had a very long birth, and it finally ended with an episiotomy and a long pushing phase on my back. I was thrilled that it was finally over and that my baby was healthy, and that point was just relieved to be on the other side of things, and didn’t feel like anything traumatic had happened.

But in the days and weeks that followed, my pelvic floor gradually started aching more and more… until it just felt like everything was falling out. Like there was a ball or a tampon constantly falling out of my vagina. It was hard to empty my bladder, and to have a bowel movement… I visited my midwives, my doctor… they all said it looked “normal” – how could that be? It just didn’t make sense to me, it felt like my body was falling apart.

I couldn’t walk, stand, go to the bathroom or really do anything without pain and discomfort. It felt like something was falling out of me (which was actually the case), and my back and pelvis were so unstable I was unable to lift my 6.5 lb baby. Every day was a struggle between taking care of my baby or sparing my body…

I went to doctors, gyneacologists, physical therapists… and was basically told to stop complaining. «It will get better when you stop breastfeeding», «it can take up to a year before you feel better», «most women get injuries after birth, it’s normal for things to feel different» were some of the things I was told… huh?!? Was I really supposed to just walk around like this for years without knowing if I was going to get any better?

Finally, I met a physical therapist specialising in women’s health who told me I had severe pelvic organ prolapse (prolapse of the bladder, uterus and rectum) and that the only solution was to finish having kids and have major surgery. And that I had to do a lot of kegels. The latter of which I did, only for my pain and discomfort to get a lot worse.

I visited several experts those 13 months postpartum. Not once did I get a real, proper examination, and I felt just pushed aside and like my symptoms were not important and my quality of life not worth complaining about. One day at the doctor’s office, in despair over the life I felt I had lost, and without any plan for rehabilitation or treatment, she told me I «had chosen to have a baby and should have known that something like this could happen». That statement from a female health practitioner my own age woke something up in me – THAT was when I finally drew the line and decided to find a solution.

I thought, “if these issues are as common as everybody keeps telling me, there HAS to be something I can do.” If men were the ones to give birth and, as a result, ended up walking around feeling like their penises were falling off, I can GUARANTEE you the answer wouldn’t be “do your kegels and come back in 6 months and just try not to think about it”! 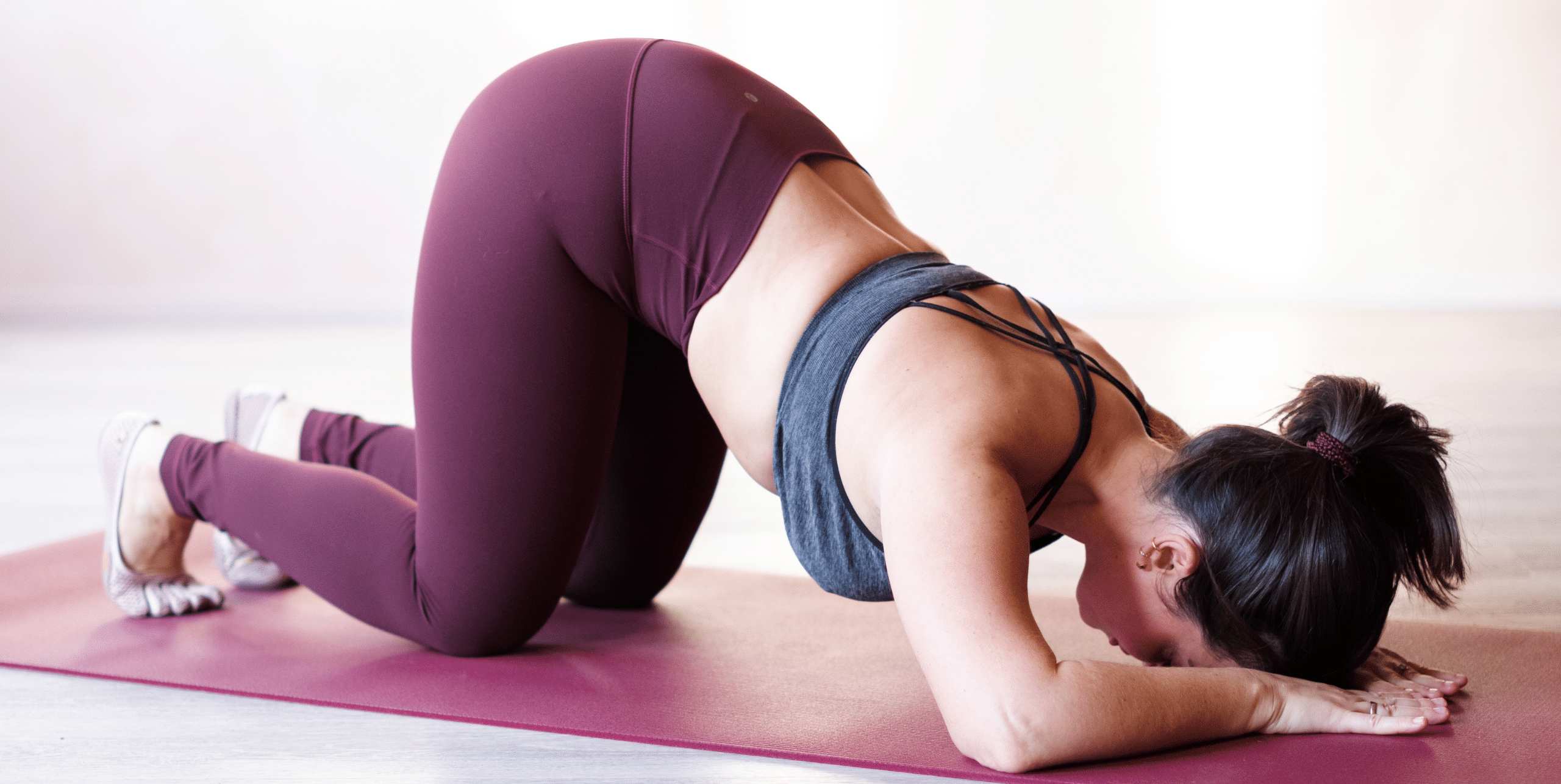 Surgery was never a real option for me. I wasn’t sure if I was done having kids, and I had already been in touch with so many women who had gone through unsuccessful surgeries, or who had had a good experience, only to experience their issues coming back just a hort time after. Some even got worse. That was not something I was willing to put myself through. And since none of the doctors I had been to had taken me or my issues seriously, letting one of them cut my VAGINA open was really not an option.

I knew in my heart there had to be a better way. And after lots of searching online and pretty much everywhere else, I finally discovered Hypopressive Exercise and Myofascial Release techniques. I happen to have grown up in Spain, and as it turns out these techniques are very common there, so much so that they are noe becoming part of the public health system.  «Aren’t you doing hypopressives?» my childhood friend asked me when I finally told her what I was going through– «but you have pelvic organ prolapse, that is the only thing that works!»

The quickest way I found to get started was with a trainer online, there where no trainers in Scandinavia where I live… After just a few days I was so much better I could walk without pain. A few days! This was after I’d lived nearly a year in pain and believing my life as I knew it was over. “Everyone”, every specialist I went to, had told me there was nothing more to do, this was my life now as long as I didn’t want to consider surgery, and even then they could not guarantee me results. It’s hard to describe how relieved and happy I was when I finally started feeling DRAMATICALLY better after 13 months of feeling horrible. As the relief washed over me, however, I felt an anger rising inside me.

I realised that, had I had been offered these techniques at the beginning, had I had access to this knowledge from the start, I could have ENJOYED that first year with my baby, knowing I was on the road to recovery. I felt robbed and cheated, and furious at a system that was more interested in being right (how many professionals had told me I had NO options instead of admitting they didn’t have the right tools for me?) than in actually helping. I decided then and there that no one should have to go through what I did.

Let me be clear about something – I had been working with exercise and rehab for 10 years before I had my baby and all of this happened. I had helped countless people through injury and helped them get stronger. But none of the strengthening techniques I was used to working helped, and most made things worse. Because pelvic floor and core injuries are complex, and have more to do with function, connective tissue and pressure management than just strengthening.

When I realised the power of Hypopressive Exercise and Myofascial Release, I spent the next years taking several international certifications and specialising as a Women’s Health PT and Hypopressives Master Trainer, IHC – MT. I was determined to perfect the methods I had learned to make my approach as effective and foolproof as possible. Over 6,000 happy clients later, I have my own Women’s health center in Oslo, www.under–livet.no, online programs in several languages, and a team of trainers working for me to spread these methods to women all over the world.

This was the question I kept asking myself after I experienced such immediate relief – and after training thousands of women years later, I know many women ask themselves the same question once they see how effective these techniques are.

Everyone, whether they are really struggling or just have some symptoms now and then, can benefit from a gentle and effective way to restore their core, stabilize their body and get things back to where they should be. I was able to become COMPLETELY asymptomatic from injuries that were so severe, surgery was “the only solution”. I am completely cured, and not only that, I keep getting stronger and stronger every day. As an added bonus, my posture is better, my core stronger, my waist smaller (not that that matters) and I have gained a deep understanding of how much the body can heal if we allow it to and give it the help it needs.

You deserve to live life to the fullest – the solution is simple, effective, and you can see fast results!

My goal is for no other woman to ever go through what I went trough my first year postpartum. When I thought everything was lost, and my life ruined forever.

It doesn’t matter how long it’s been since you gave birth (whether it was 5 weeks ago or 30 years!), wether you have severe symptoms or you just feel like you need to get a bit stronger or more stable in your body. If you start The Reset program today, you will soon be on your way to a strong body that feels amazing and that you can be proud of. We all deserve that! 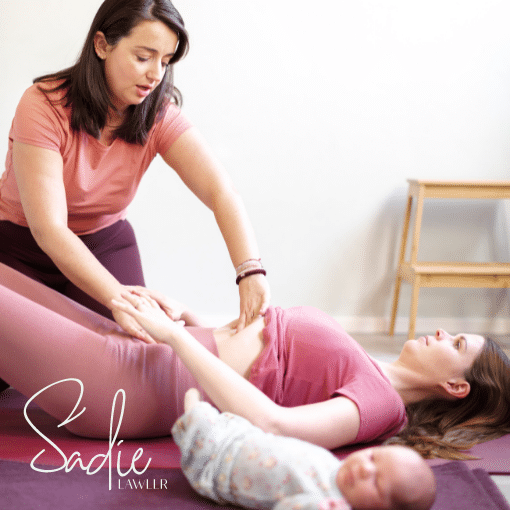