What is Hypopressive Exercise?

By combining revolutionary breath training and alignment exercises, you can completely restore proper core and pelvic floor function and strengthen your whole body at the same time.

The exercises are done in short, effective workouts, in less than 15 minutes a day. 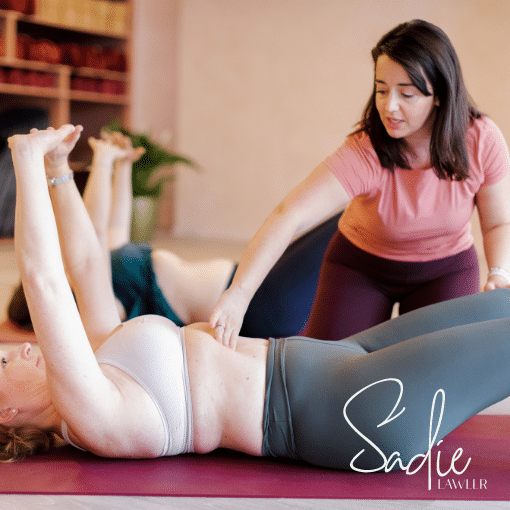 Is Hypopressive Exercise for you?

Hypopressives are the perfect approach if you have:

How do Hypopressive Exercise work?

«Diastasis is caused by damaged tissue between the abdominal muscles» or «prolapse is an injury to the connective tissue in the vaginal canal/pelvic floor» and «leaks happen because the pelvic floor is too weak».

The truth is that these issues stem not just from one factor, but a combination of how you:

Most of the techniques and programs out there work like a band-aid – while hypopressives actually help you directly address the root cause.

So that you can get a body that works even when you’re running after the bus. Even when you sneeze all of a sudden, or have to turn around to suddenly chase after a toddler.

With Hypopressive Exercise, you address the ROOT CAUSE

Hypopressives make it possible to:

– decrease abdominal pressure – hernia, diastasis recti, pelvic organ prolapse and back prolapse are symptoms of a pressure imbalance in the core and pelvic floor

– reset the core and pelvic floor to work automatically – you shouldn’t have to remember to kegel before sneezing, lifting or walking up the stairs

Get started with hypopressives

What is the origin of Hypopressive Exercise?

Hypopressive exercise has its roots in ancient yoga traditions and has been further developed into a holistic training and rehabilitation technique.

It was first used in France in the 80s by medical personnel under the coaching of doctor Marcel Caufriez to treat women in the postpartum period. The goal was to treat pelvic floor dysfunction (such as leaks, prolapse and tightness in the pelvic floor) in a new and more effective manner.

Some years later, Tamara Rial and Piti Pinsach from Spain saw the need to develop a training technique that could be used to prevent and treat injuries and issues in the pelvis and pelvic floor outside a medical setting. A system that could be learned without requiring a visit to the doctor, and that could easily be adapted to a group setting. They further developed Low Pressure Fitness, and have educated thousands of instructors worldwide the last years.

In many countries, Hypopressives are a well-integrated part of the treatment provided by physical therapsists, gynecologists, urologists and midwives. And the first line of help when suffering from issues of postpartum, menopause, or stress injuries.

Sadie Lawler brought Hypopresive exercise to Norway in 2018. Since then she has trained and worked with more than 6000 women, men and children all over the world.

She is a founding member of the International Hypopressives Council. Along with top trainers from over 20 countries, IHC became the first global institution to offer quality controlled education and certification in Hypopressives, guaranteeing expertise from their trainers since 2019.

Therapists and trainers are certified by Sadie so they can teach her Reset techniques.